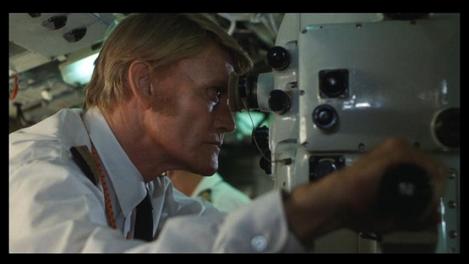 1. What 1980 pandemic disaster movie used a Canadian submarine as a set?

3. Who were the lead actors?

4. Which minor actor appears in the credits but not on screen?

END_OF_DOCUMENT_TOKEN_TO_BE_REPLACED

March 1st being the feast of David, patron saint of Wales, puts me in mind of meeting the current Prince of Wales, His Royal Highness Prince Charles, at a cocktail party aboard the Canadian destroyer Gatineau. We were both naval Lieutenants, he serving aboard the Royal Navy frigate Jupiter as Communications Officer and me in one of Her Majesty’s (His Mother’s?) Canadian Submarines with the distinctly un-warlike name of “Rainbow”, after a British cruiser transferred to the Royal Canadian Navy in 1910. Our respective vessels were making port calls to San Diego.

END_OF_DOCUMENT_TOKEN_TO_BE_REPLACED

The last few years have been rough for the 400-odd remaining Atlantic Right Whales; a once-abundant species that’s never recovered from being hunted almost to extinction. A habitat close enough to shore to coincide with fishing zones and ship traffic lanes means that some die a slow death from tangling in fishing gear while others are wounded by ships’ propellers slicing into their backs, sometimes dying from direct blows. Some people may wonder how a species so finely evolved to detect underwater sound can be so vulnerable, but not me. I learned the hard way during a few adrenaline-filled moments on a Cold War submarine patrol.